Back to the top

“TOGETHER FEATHERS” Much like a set of wings needs every single one of its feathers to fly, in order for our civilization to thrive we need the collective unity of all it’s people. That said I give you, “Together Feathers.” The overall wing concept that becomes lighter and brighter as they spread to the sky, is inspired by a unified people’s soaring energy and passion. The piece is rooted in Milwaukee’s rich industrial history, locomotion, and a focus on an inclusive future. Specifically, the extension of the streetcar lines to Wauwatosa drives design features such as the hydraulic arms and train wheel shapes.

It took several site visits, taking in the park, and watching as people visited the location in order to decide that a public sculpture was right for the park. Then after considering the surrounding neighborhoods’ history and development I started sketching ideas that would engage, educate, and activate people to interact with one another. Meeting with BID 16 and discussing the project lead us to choose the location in the park almost as a welcoming entrance. Working with my small team consisting of a studio assistant and neighbors we dug holes and poured concrete for the pylons and concrete base. Then the creation of the final schematics for fabrication were completed. Allowing for the laser cutting of steel, Acrylite acrylic, LEDs, 3D printing filament and etc. process to be started or purchased. After receiving the laser-cut pieces of the design we welded those together to create the bases for the feather to connect to. Then fabricating the fractal shapes for the feathers of the wings, we began 3D printing the custom-designed fixtures that would not only hold the LED pixels and wiring but make them sealed from the elements. We then used a CNC to cut out the acrylic panels for the fractal feathers that defuse the LED lights giving you that soft ambient glowing effect in the evenings. We used a transparent iridescent acrylic in addition to the frosted panels to give the color-shifting effects during the day. We then created our solar tower and cabinet so that the sculpture can function off the power grid using clean energy. We developed the program on the controller within the solar cabinet so that the sculpture knows what time of day and in what season it is making sure to come on at dusk and stay on till about midnight every day. Day and night visitors are able to interact with the sculpture standing or crouching for posting photos to social media.

There is an added touch feature designed and fabricated within this sculpture that is still under development by my team. The intention is to make it so that each of the four feathers of each wing can be activated by touch anywhere technology, meaning that by touching corresponding buttons on the sculpture you’re able to change the color of a feather or turn it on. It would stay that color for as long as you’re holding the button. Once you let go it would go back to glowing or being inactive depending on the time of day. At night the sculpture glows from 6pm-12am. 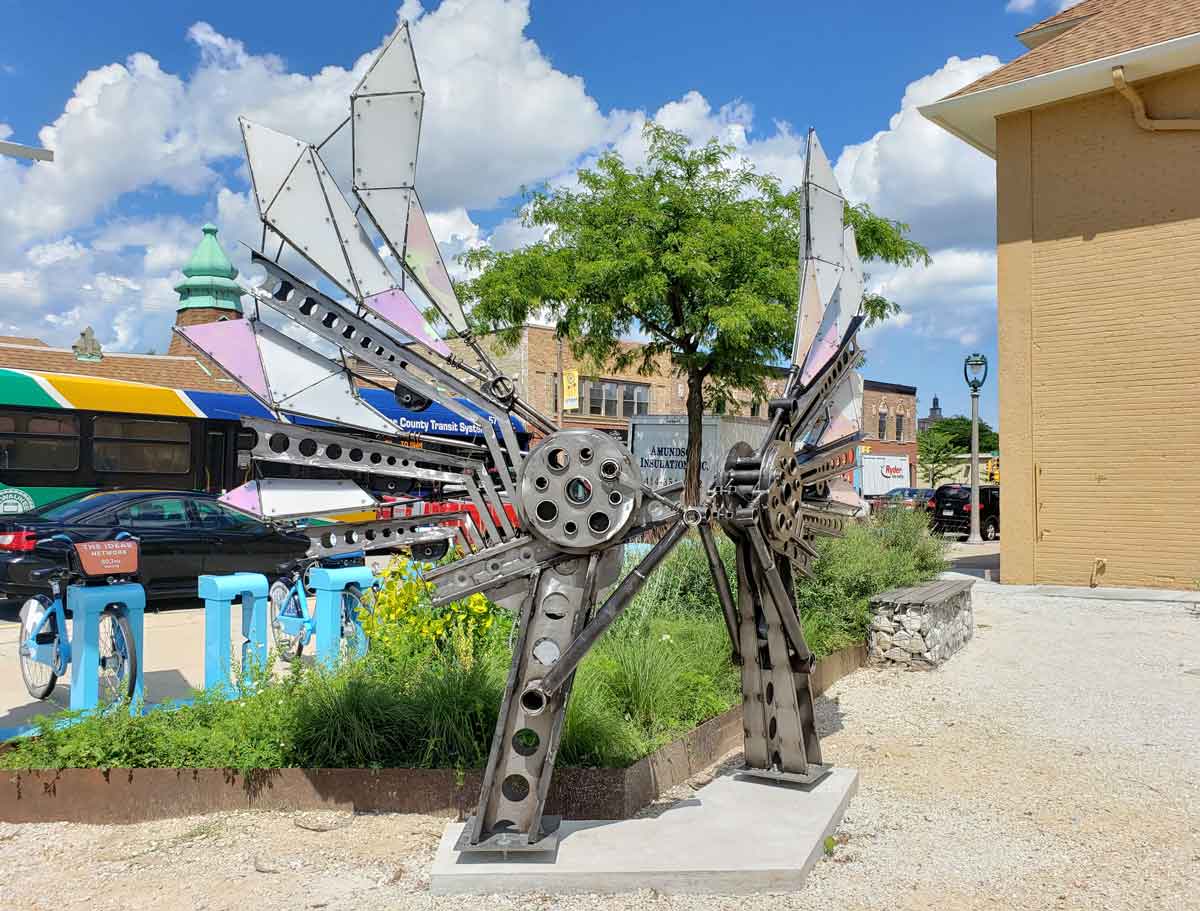 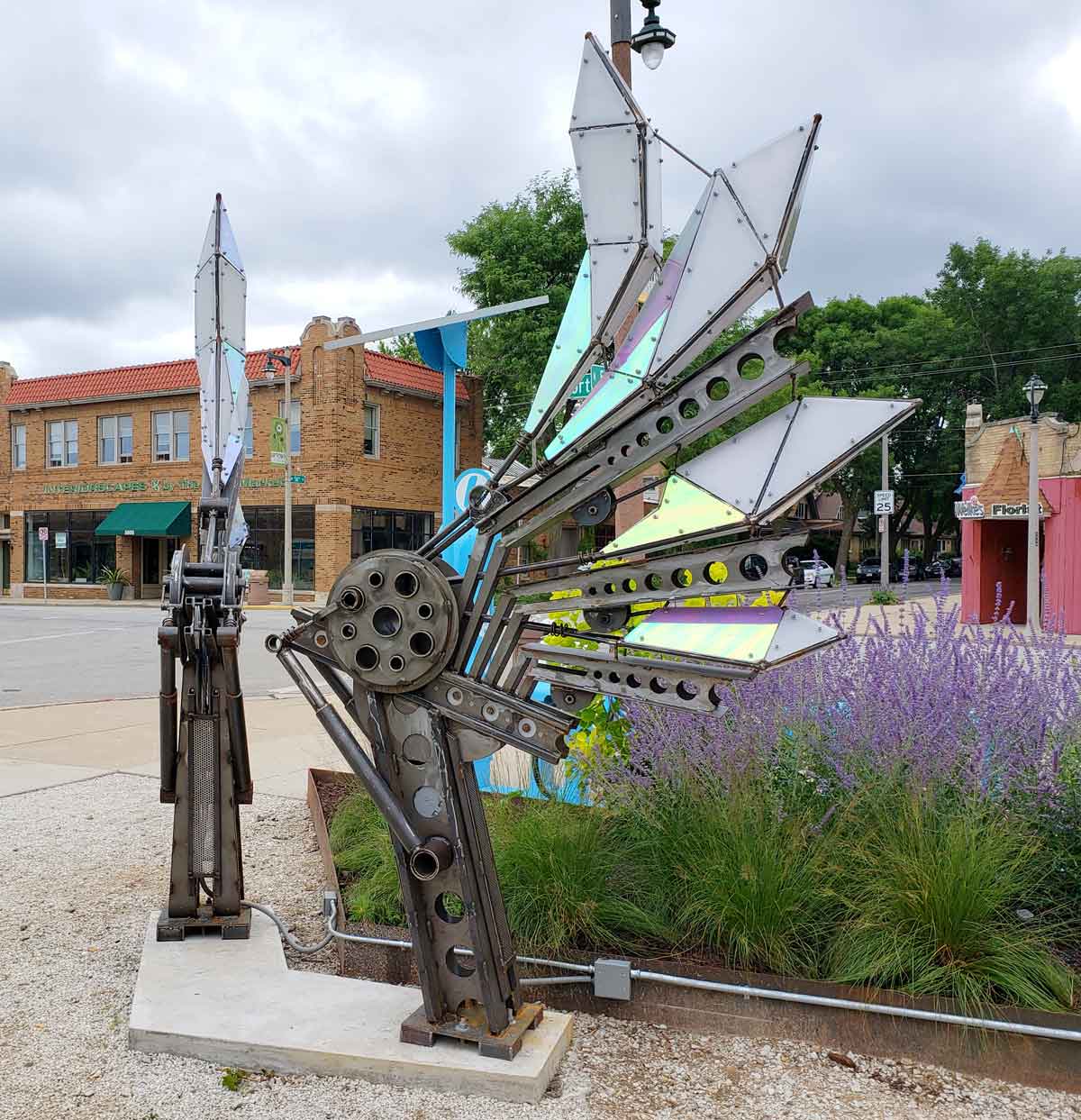 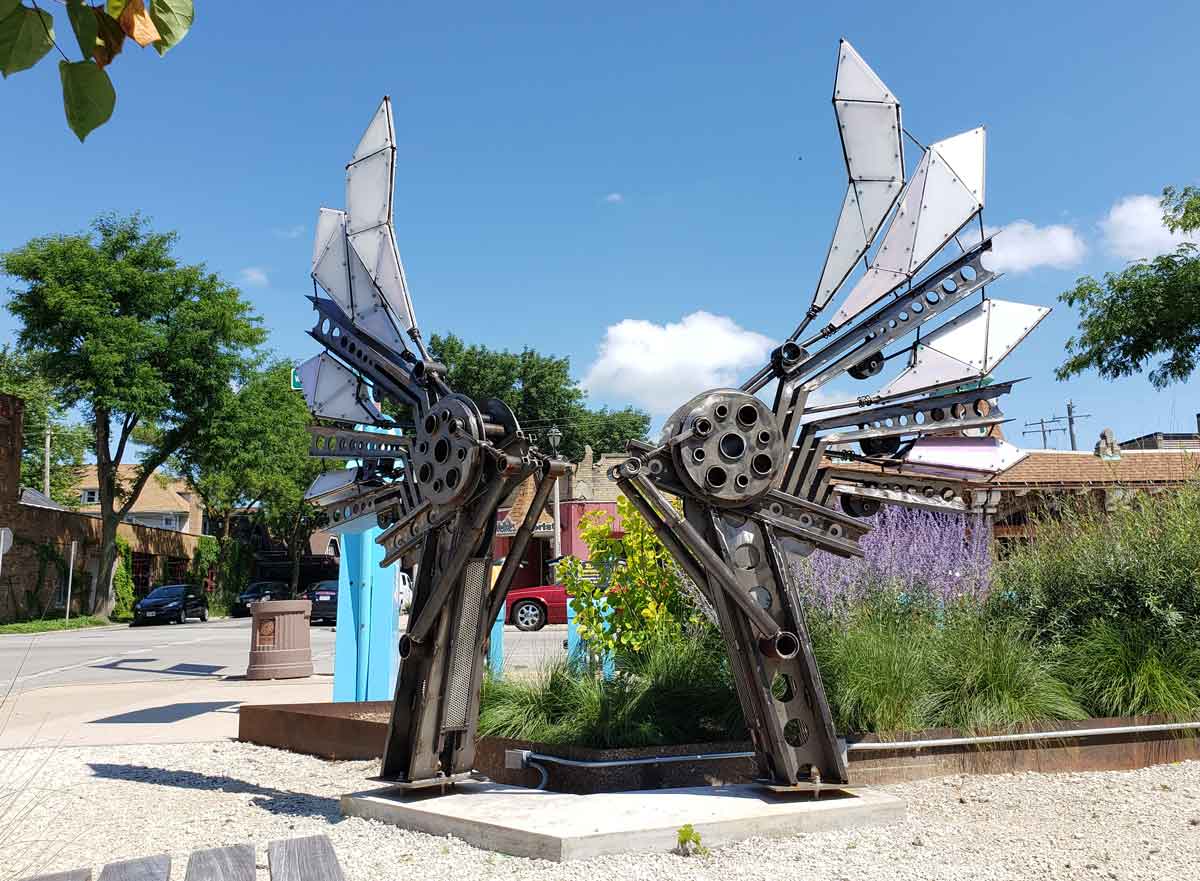 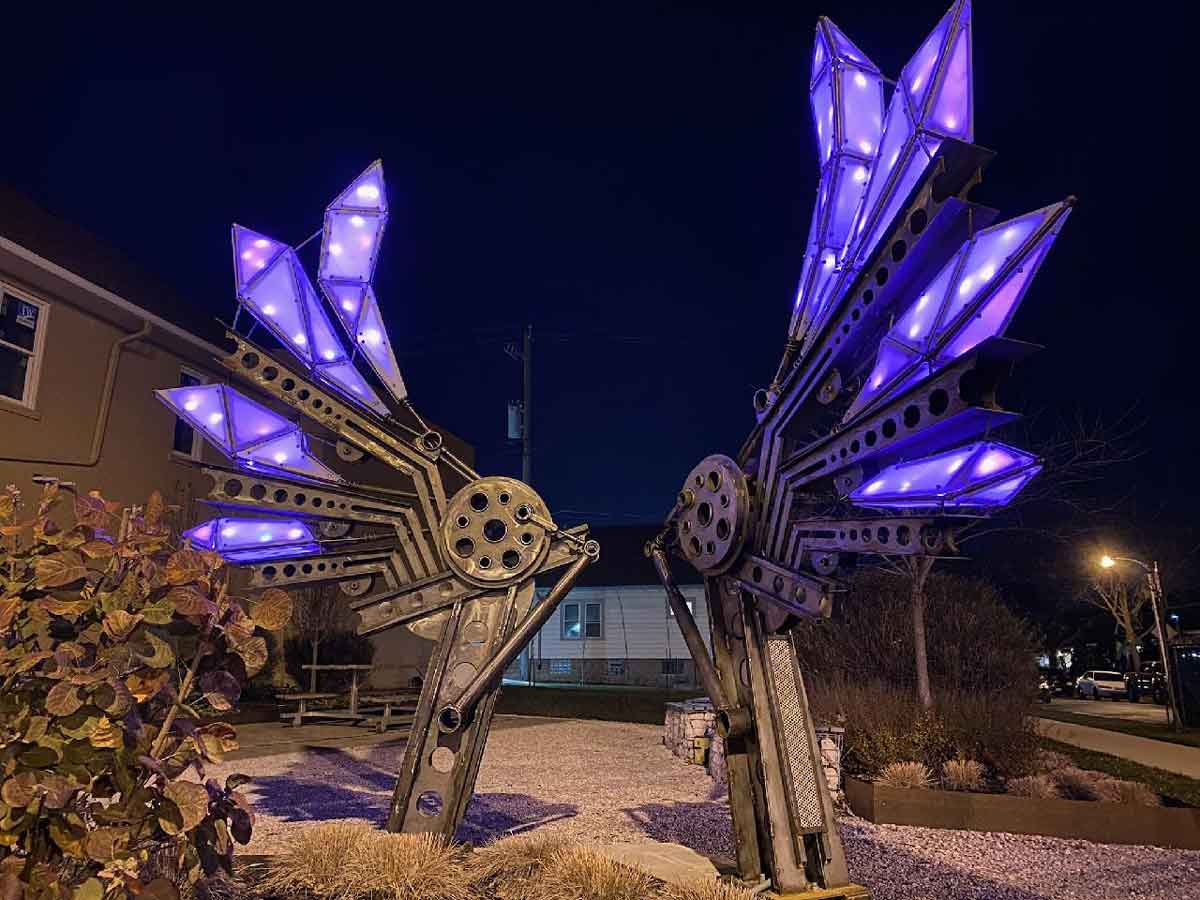